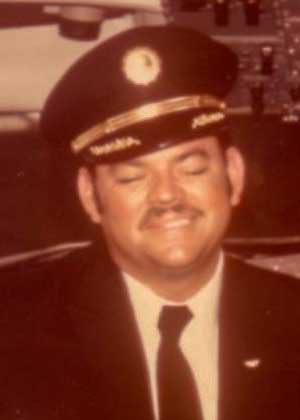 After the merger of PAN AM and National Airlines he became a Captain with PAN AM. Later he continued with Delta Airlines.

Jack had a life-long passion for flying and cars, specifically Corvettes. He was taught to fly at a very early age by his father, and gained experience flying cargo in the early 60’s. He was a flight instructor for Burnside-Ott, Opa Locka, Fla., until getting hired by National Airlines in 1965, where he met his wife, Marty. He had a long and rewarding career as he moved from National Airlines to Pan Am, and finally Delta Airlines, where he finished 40 years of distinguished service in the commercial airline industry.

He is survived by his wife of 46 years, Marty D’Arcy, his son, Brian D’Arcy, and two other children, Mary D’Arcy Cantu and John J. D’Arcy IV.

„Many of us at old PAN AM will remember Captain Jack D’Arcy as a good friend to the maintenance folks at old PAN AM HGR (Hangar) 17.  He would walk the HGR  floor chatting to the crews and spend much time in the HGR 17 shift foreman’s office. Always had much good constructive comments to all. Always would comment to me when are we having the next management dinner?“.